Slowly descending down South upon India

A great start of the day!

The time pressure had already gotten to us, so we kept repeating our rhythm of getting up between four and five in the morning and hitting the road as fast as possible. The scenery proved a great background for our journey this morning as we decided to stay off the highways and drive cross-country. We passed all kinds of supreme flourishing environments and the growing of a diverse range of agricultural foods.  Especially the people working these lands together with their water-buffalos never got boring.

We crossed multiple little villages and stopped along the road whenever we couldn’t ignore the urge to snap a few pictures. But when we went for a break and lunch in a little village something wonderful was about to occur.

Tall wizards from a far 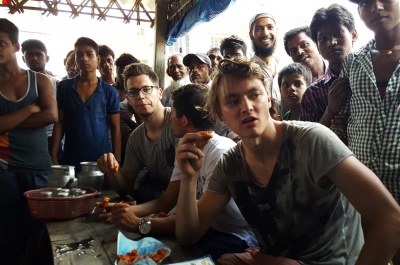 We got out of the rickshaws and all of a sudden people swarmed to us as if we were wizards bringing news from a far. Like at least ten times more intense than the stops we had before. You see, these people never had met any Western people!

With hand and footwork, Google maps and some common used English words we tried to answer questions such as where we were coming from and what we were doing here. We chose the closest place for food and were followed by a horde of people what to us felt almost like the whole village. Then a grown-up man in his thirties or so appeared with basic knowledge of English. He quickly functioned as an interpreter for us and the people around us to ask each other questions. But he also served as a guide to what we were eating and provided info about the village and its people. We’ve never had lunch with this many people standing close to us watching every move we made. 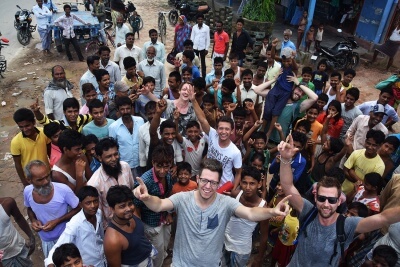 We’re in need of a magic spark

Feeling good and amazed by the whole situation, we decided this was the perfect opportunity to do one of the challenges we promised to do for our supporters back home. We gathered as big of a group as we could, played an energetic happy tune through our speakers and then… taught them a dance of our own!!!

In the beginning it was pretty awkward as we hopelessly tried to get the group around us to follow and copy our moves, while they would just continue to stare and smile at us. Then more persuasive manners were used by taking some little kids by their arms and teach them the steps. And then *magic spark* we had a big copycat group of young people smiling and following every move, including the words we used during the dance! “Side, side, up!” Side, side, up!” “Turn around aaaaand clap!” The joy we all felt while dancing together was enormous, which is funny when you realize how simple it all would be weren’t it for the language barrier.

When it was time to leave, we waved everyone goodbye as the whole village waved enthusiastically back. This was definitely going to be one of the highlights of our journey.

Everything is so green and vibrant! But why are we so stupid?

These amazed looks on the faces of all the Indians we passed when they saw us didn’t disappear for the next few hours. We were cruising these villages and green farmlands riding on really fun to drive curvy roads while often hanging outside of our tuk tuks or climbing up and around it. This was the countryside of India in all its fairness alright. A thousand more words are needed to describe the vibrant and rich images to be seen that day. So best to let a small selection of our photos do the talking. 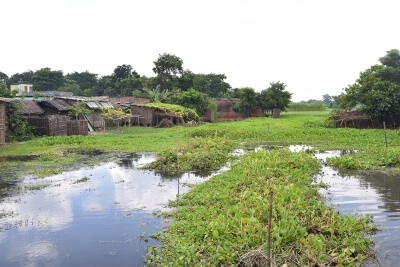 You could tell that we were quite tired though from getting up so early the last consecutive days. There is one great example of that. At some point the Blue Guns tuk tuk stopped driving while the people in the Red Bows tuk tuk didn’t notice at. Now here’s what our tired lazy minds came up with next:

Team red (consisting of Bastiaan, Jesse and Paul) made the assumption that team Blue would be alright, since they had Raymond our mechanic and all the toolkits in the blue rickshaw. It didn’t occur to them, that the problem could be far simpler, such as the rickshaw just being in need of petrol that was tied to their Red Bows roof. The result was that both teams were chilling and waiting for the other rickshaw to return, which took quite a while. Yes we were being a bit stupid that day. Of course it didn’t take long before we implemented a system to prevent future occasions like this, which of course totally failed multiple times again.

That day we drove a very good amount of nearly 350 km before we decided it was unwise to continue driving through the dark more than the three hours we already did.

Next blog: We delve further into the state of Bihar and descend upon what some would call ‘the real India’. Oh and of course we fuck up. 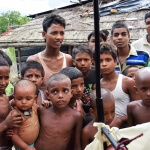 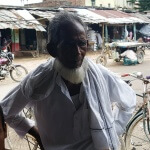 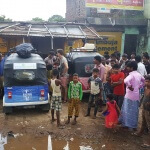 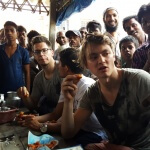 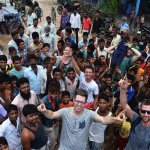 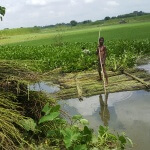 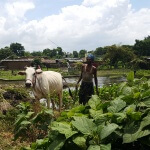 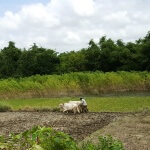 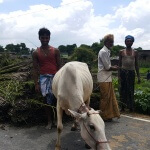 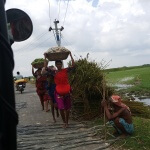 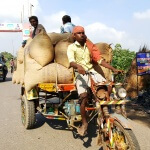 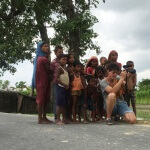 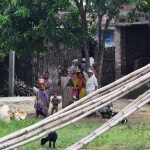 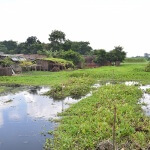 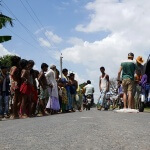