We were on our way to our destination (Guwahati) with less than an hour before dark. However, we still needed to cover at least three hours to get to Guwahati. Meanwhile, Jeroen contacted Supriya Khound, a woman living in Guwahati, who commented on World Merit’s Facebook post about our race and invited us over.

While the sun was setting, the voices of the The Rickshaw Run organizers echoed through our minds: ‘AVOID DRIVING IN THE DARK’. We laughed about it. It’s the kind of joy when something is heavily discouraged, but somehow you end up doing it anyway. Hence, the first moments without the light of day consisted of an unfamiliar mixture of tension and joy. We soon realized the cows on the road, the cars passing by with their intense headlights and cyclists without light took would definitely take time to get used to.

But after a couple of hours, only a few kilometers from our destination, it happened again. The Blue Guns rickshaw decided to break down. We were out of petrol. All we needed to do was grab the petrol and mix it with oil. But wait, where’s the oil?! It turned out that the newly bought bottles of oil were nowhere to be found. How can we mess up something as simple as this? Luckily, Raymond managed to explain what we needed to a group of locals. He hopped on a motorbike with one of them and drove off to a gas station.

Upon his return we mixed the petrol and oil and filled up the rickshaws. We were finally ready to enter Guwahati! We looked for the address that Supriya texted us and it looked like she lived pretty nearby. However, driving through a city in India proved to be even more chaotic than normal roads. Roads bend off in all possible directions, lighting was minimal to none and lanes tend to suddenly stop existing, requiring excellent steering skills to avoid collision with a big pile of sand. 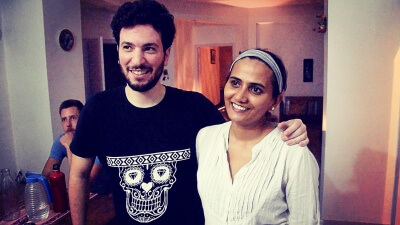 After 5 hours of driving through the dark, we found the place. Supriya and her husband Lain warmly invited us in and had already ordered food for us! We finally got the chance to catch our breath and enjoy a proper meal. While sharing our first experiences and impressions of India, we discovered we had not even stopped over to have lunch that day… Supriya’s efforts were highly appreciated, as she had also arranged a hotel with parking space and had contacted local media to shoot an item about us the next morning!

The next day we woke up early and decided we had to make up for a bad start. After the interview with the media, fetching food and drinks and packing the rickshaws, we were on our way again. In bright daylight, the city of Guwahati appeared to be even more chaotic than the night before! The roads were packed with cars, cyclists, motorbikes, rickshaws and trucks as noon’s rush hour had started already and caused major traffic jams. And yes, it happened again. In the middle of the city the Red Bows rickshaw dropped silent. 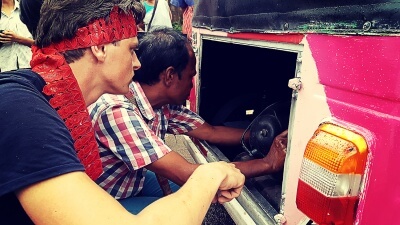 In the burning sun, our mechanic Raymond put in his best efforts to patch up the engine and after one hour, we could continue driving. It would take us another one or two hours to leave Guwahati. In the outskirts of Guwahati, it happened again… The Red Bows rickshaw broke down. AGAIN! After cleaning some parts of the engine, Raymond decided to question the only assumption he made and replaced the fuel filter. It appeared the cause was indeed a malfunctioning fuel filter. Finally, we were able to drive again. We had not even officially left Guwahati and it was already one hour before dark.

After driving for a few hours in the dark, we started to look for a place to sleep. We ended up finding a small hotel near the Rangiya train station. We decided to get up very early, even though Bastiaan heavily resisted and moaned at the thought. While the beds were comfortable enough to assure a good night rest, the train horn was heard every 15 minutes that night. Thanks, India! 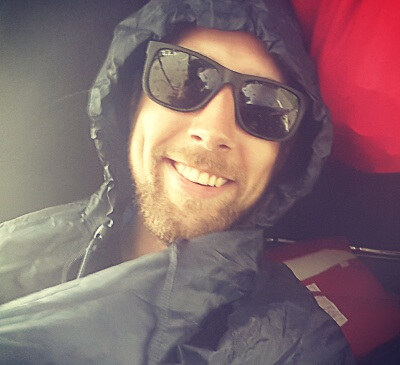 We got up at 05:00 in the morning (the train horn turned out to be the perfect unsnoozable alarm), packed our rickshaws and hit the road. Today we would only drive on the highways, as we were well behind schedule in terms of kilometers we needed to cover each day. On the road we experienced our first monsoon rains. As we continued driving, the people on the backseat tried their best to avoid getting soaked by the rain. One rickshaw patched laps of leather and ponchos on the sides, while the other guys simply decided to wear the ponchos themselves

After a long, tedious day with a lot of rain and only a few naps here and there, it started to get dark. This time we had to go up and down some mountain roads in order to reach our final destination of the day, Sevoke. It turned out to be a shabby village. The best hotel had a few beds full of spiders and our bathroom toilet triggered vomit reactions to everyone daring to open the door. After all the stress and sleep deprivation of the past days, a discussion arose: take the long scenic mountain route to Dharjeeling or make up for kilometers by taking the highway route straight towards Siliguri the next day. We decided the conversation was not going anywhere and went to sleep.

As we woke up the next day, we tried to end the discussion with only a few words. We called for a vote. Beforehand, it seemed it would get to a 3-3 draw. However, Raymond took one for the team and changed it to 4-2 in favor of the shorter highway route. Tired as we were, we packed our rickshaws and hit the highway towards Siliguri at 8am. 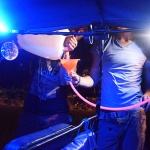 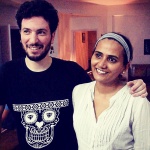 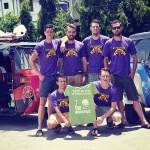 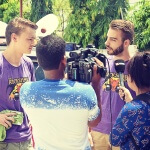 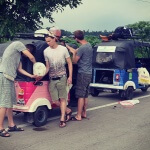 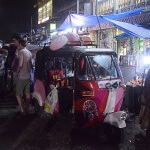 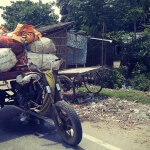 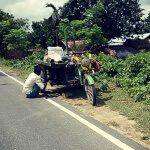 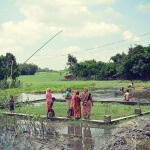 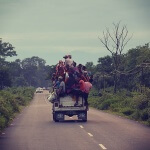 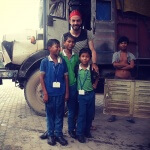 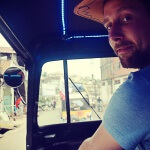 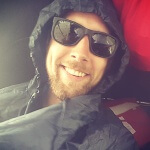 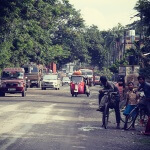 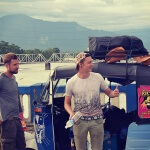 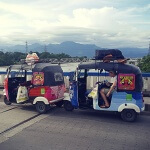